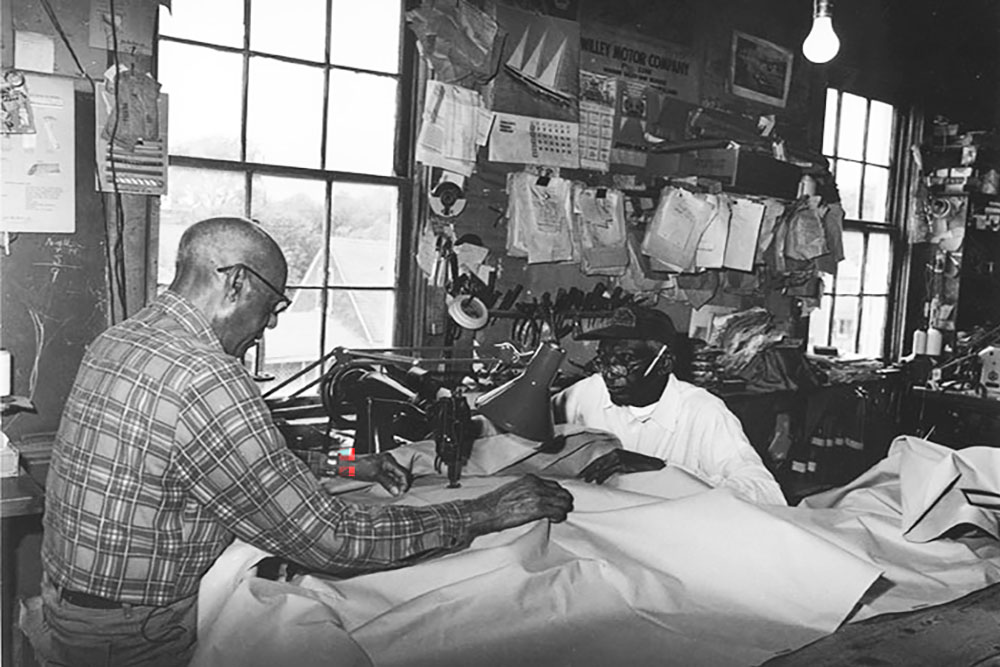 Old buildings in a state of decay tend to catch an architect’s eye. Walking through Oxford, Maryland, one evening, Washington, DC-based architect Ward Bucher saw a dilapidated building, known locally as the Downes Curtis Sail Loft, with a “sold” sign out front. A week later, Bucher learned that the property had been listed as a lot—everyone assumed that no one would want the building—and a local had put through a contract to keep the house from being torn down. When that deal fell through, the architect started thinking he might buy it himself and renovate the structure into a summer family home.

Bucher’s vision of what the “great old wreck” might be was matched by his professional knowledge of what it would take to achieve it. Even so, the prospects looked dim. In addition to its poor condition, the first floor of the building stood only two inches above the 100-year-old flood plain. “It was a total disaster,” says Bucher. “But we recognized the possibility that it could have a new life. It only took four times as long and twice as much money as we had planned.”

Bucher and his wife, Lisa Johnson, an administrator for a nonprofit, couldn’t imagine that any lender would finance the purchase, let alone the construction cost. But the building echoed with a lot of history, so a local bank willingly lent them the money, almost on faith. “They asked me, ‘How much will it cost to renovate?’ I gave them a number and they gave me the loan,” says the architect. A Maryland historic tax credit—worth 20 percent of the construction cost—made the project feasible.

The house was originally built in 1899 as a segregated public school for black children. It stayed that way until it closed in 1934. In 1944, a local couple, Nellie Leatherberry and her husband, Elbert Wilson, bought the building for $350. They rented out the first floor as a dwelling. The upper floor, which was never subdivided, was leased to Downes Curtis, a local sail maker who occupied it for more than 50 years and gave the building its name. Leatherberry and Wilson moved a small, wood-frame building, a former ice cream shop, from nearby Market Street and placed it between the sail loft and the street, where they ran a restaurant for local oyster shuckers and crab pickers. When Downes Curtis and his brother Albert retired in the mid-1990s, the property fell into disrepair until the widowed Nellie Leatherberry—who will celebrate her 102nd birthday in January—sold it to Bucher and Johnson in 2001.