Restored: One Building. Many Lives. 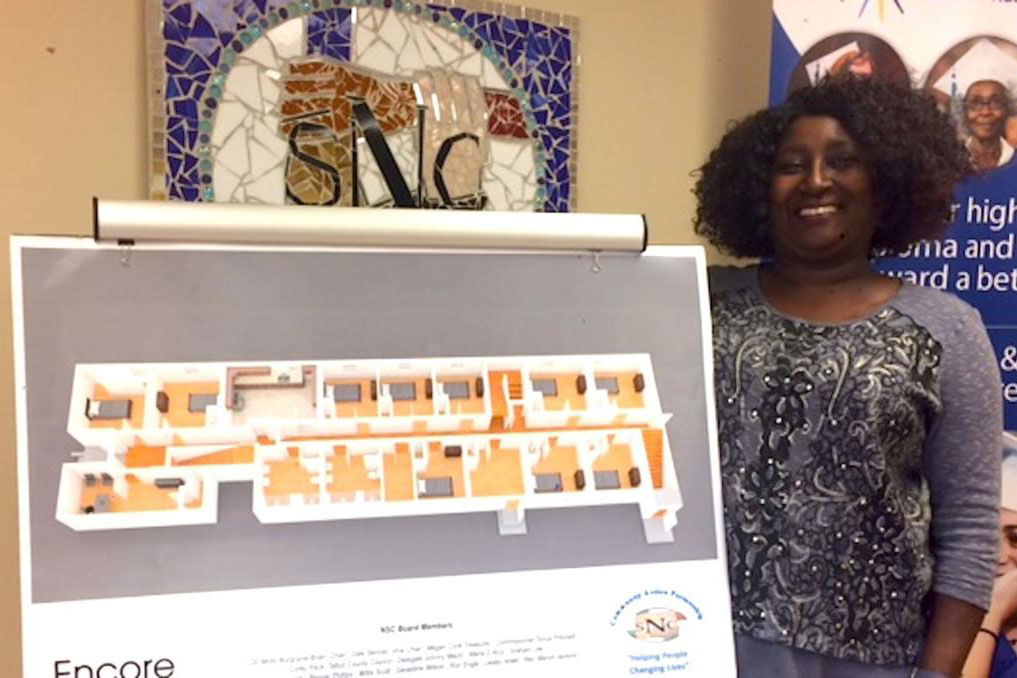 The One Year Anniversary of Webb’s Hope

At 36 West Street in Easton, Maryland stands a building like none other in Talbot County.  The building has a unique history of generosity; a fortuitous melding of need, dreams, vision, and  expertise all coming together for the good of the 23 residents who call it home. Encore Sustainable Architects was honored to play a pivotal role in securing the future of this amazing property and positioning it to continue in its legacy of care and transformation.

The story begins in 1985 when Gregory Webb purchased an old, large residence in what was then a less than desirable section in town.  It was, at the time, an area most of Easton’s population didn’t stroll through at night. But Mr. Webb had a vision. With the addition of a large, 23-room extension, he created a halfway house for those coming out of incarceration.  It gave many a chance to re-enter society in a safe, dignified way.

Years later,  in the offices of Neighborhood Service Center (NSC), Talbot County’s designated community action agency, the newly appointed Executive Director, Marilyn Neal, realized within her first month of leadership that the county had an underserved need for affordable housing.  While Talbot County enjoyed the highest per capita income in the state, there was an underlying minority, many hidden, who were living on a very limited income. Through unfortunate circumstances, many in the community didn’t have enough money to find a permanent place to call home. 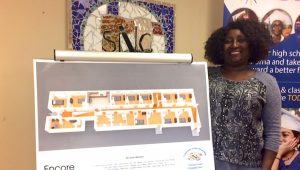 In 2015, Mr. Webb gifted his boarding house to the NSC.  As generous as the gift was, the NSC Board realized the residence needed updates.  With a tight budget and loan for $300,000, the agency needed an architectural firm to blueprint needed changes to bring the building up to code.  But with only enough money to handle the renovations, their immediate dilemma was finding an architect who would work for practically nothing. Principal Architect Ward Bucher and his team at Encore Sustainable Architects, specialists in giving old or historic buildings new life and purpose, rose to the challenge.  They donated their expertise.

The list of requirements for the NSC project was long and included:

Everything from the foundation to the roof received Encore’s attention.  The group even gave their interns an opportunity to flex their newly schooled knowledge and work on the project.

“Encore covered everything.  We wouldn’t be here without them,” stated NSC’s Executive Director.  “For our open house, after obtaining the loan but before renovation, Encore even went so far as to provide detailed drawings and a blueprint of their vision for 36 West.  They’ll never know how that little ‘above and beyond’ attention to detail allowed visitors to the open house visualize the completed project. Because of that extra step, we received many donations toward the cause.” 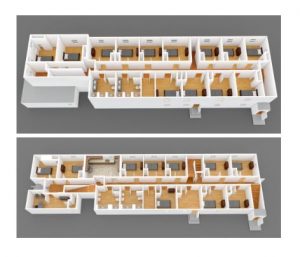 The renderings for Webb’s Hope care of Encore Sustainable Design

Webb’s Hope is now completed and open.  The 21 rooms in the 1985 section are new, bright and full with a 90 person waiting list.  The older section of the building houses an office, a place for the property caregiver and transition rooms for previous foster care placements, ages 18-25, who exited the system and had no place to go.  This is not only a welcomed place for many young people who can now get their feet under them while deciding the direction for their life, but it is a nod to Marilyn Neal’s parents who took in many foster kids while she was growing up.

“I believe that architecture is not just about buildings. It is about people, community, history, dreams and purpose.  Every building has a story, and Webb’s Hope has a beautiful, rich history to share with its residents and community. I feel very honored to have played a part in bringing Webb’s Hope to life.”

Webb’s Hope recently celebrated its One Year Anniversary.  Rent there is income-based, giving a sense of ownership to those who now have a key to their own home.  There is power in that simple key. That key to their own room, with their own pillow and personal items, restores hope and dignity to its residents and carries on a 34 year mission that began with Mr. Webb. One building and many many lives have been restored.

If you would like to help with Webb’s Hope or any NSC project in any way, you can contact them or even make a donation through their website at  https://www.nsctalbotmd.org/.

The generous donation of expert architect services from Encore Sustainable Design cannot be overstated.  For their part in this project, Encore received the “Volunteer of the Year” award from the Maryland Community Action Partnership.  Those served and those from NSC will forever be grateful. The project turned out beyond the expectations of everyone involved thanks to their vision.  You can read about and view many examples of Encore Sustainable Design’s work with old and historic buildings on their website.