Historic Structure Reports (HSR): What They Are and Why They Are Important 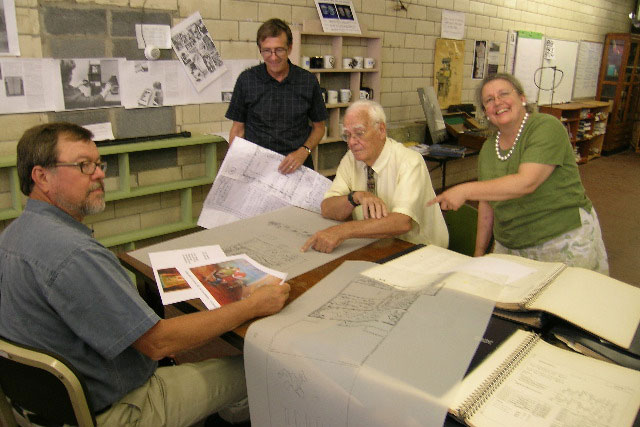 The National Park Service (NPS) uses the term Historic Structure to refer to historic buildings, bridges, railroads, and other kinds of construction. The design process for major historic structures often begins with a Historic Structure Report (HSR) that guides the decision making process.

An HSR is critical to careful planning as it serves as a record of the structure’s past, analysis of historic significance and condition, and plans for its future. The HSR is not so much a thing as a process that leads to successful preservation of buildings, landscapes and other structures.

The NPS provides exhaustive guidelines for Historic Structure Report  drafting. In essence, there are three main sections of a properly assembled HSR. The first section documents the evolution of the building, for example, locating original blueprints, materials lists, any previous alteration, identifying ownership and use, and uncovering any causes of deterioration. The second portion of an HSR evaluates and plans for potential alternative uses for the historic structure. The third portion documents the actual changes that are made during the project.

When working with historic properties, it’s imperative to have someone such as a historical architect on the team to assist with the HSR.  Preservation specialists understand how to identify both technical and aesthetic aspects of a historic building’s character when preparing the HSR. Experienced project leaders, whether lead architect, engineer or developer, will use the HSR process to determine the best-suited approach to rehabilitation before any work on the historic building begins and assist throughout the design and construction phases.

Though it is important to keep historic properties true to their original architectural style, it is a common misconception that historic buildings can’t be changed. Take for instance a property acquired by The Menokin Foundation that was designated a National Historic Landmark in 1971. This property secured its spot in history because the house in the Northern Neck of Virginia was built by Francis Lightfoot Lee, one of the signers of the Declaration of Independence. The home was constructed in 1774 and stayed in the family until the late 20th-century.

Encore Sustainable Architects, led by Ward Bucher, is serving as the Historical Architect on the Menokin Project team and was principal author of  the Menokin HSR,. The full project team is led by architecture firm Machado Silvetti Associates (MSA) and supported by John Fidler Preservation Technology, Silman structural engineers, and many others. This is no ordinary preservation project, and the team is currently creating a revolutionary re-imagining of the home as it once existed in the 18th-century.

The Historic Structure Report for the Menokin House project was completed by Bucher and his team in one year and developed into two volumes of several hundred pages. In the process of its drafting, numerous discoveries were made and documented including 1930’s drawings and photographs of the building commissioned by the Historic American Building Survey (HABS), original architectural drawings found in the attic of Lee’s father-in-law’s home, and the location of the home’s original living room decor and furnishings which were installed as an exhibit in the Virginia Museum of History and Culture.

Menokin Documented: Mysteries of the Past, Plans for the Future

Vacant since the 1940’s the stone house had deteriorated and was partly collapsed by a fallen tree in 1961. Following their acquisition of the property, the Menokin Foundation had much of the fallen debris removed and recorded by archaeologists, and temporary stabilization was installed.

The mystery involved determining where the stones had originally been placed and what to do with the missing portions of house. Multiple architects and conservators had analyzed the property and made proposals for its future use for decades. Building on earlier research efforts Encore studied the hundreds of stones to locate their original position on the face of the house. A summer intern program identified the shapes and types of stones and positioned them on full size prints of HABS drawings laid out on the visitor center lawn.

Guided by the HSR, the Menokin Foundation board embraced the revolutionary concept of recreating the missing portions in structural glass to differentiate Menokin from other historic properties and to provide unique insight into historic building methods. The damaged and missing section would not be reconstructed historically, but be built-out of structural glass, offering a truly one-of-kind opportunity to see inside the multiple levels of a historic building. The 10-year plan for Menokin is the most unique and engaging preservation project in America today. After completion, Menokin will truly be an amazing interpretation of historic restoration to experience, including the interpretation of its history, and use of the 500-acre landscape.

The Historic Structure Report is a vital aspect of any historic restoration. It provides critically needed organization of property records and history and serves to support and document project innovation and process.

Do you have a project in need of a Historic Structure Report? Set your project up for success with the expert team at Encore Sustainable Architects. Contact us to schedule a consultation or tell us about your project today.