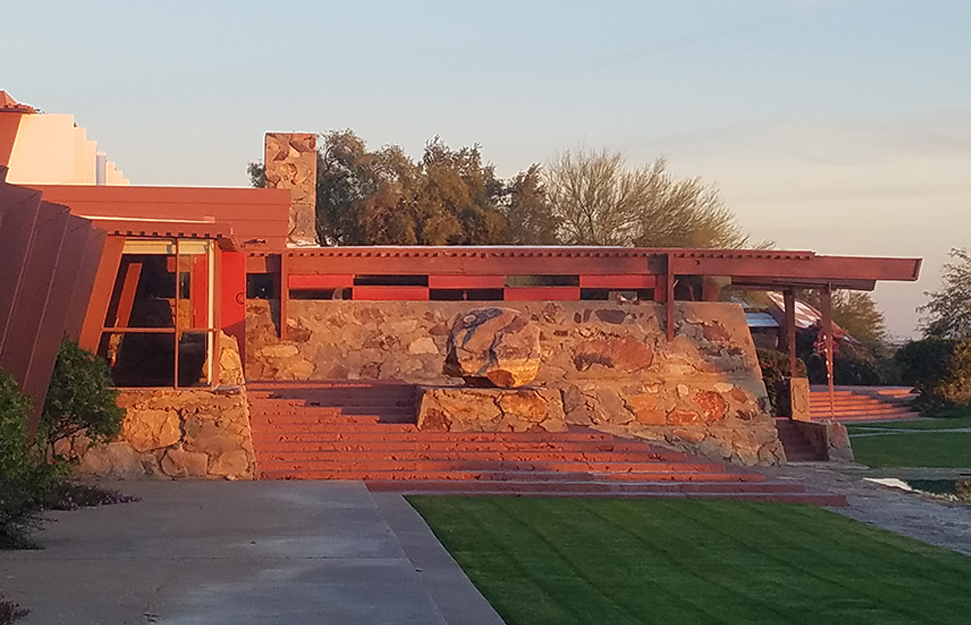 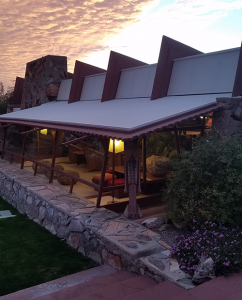 Ward Bucher has just returned from a Colloquium at Taliesin West, designed by Frank Lloyd Wright. The subject was Historic Structure Reports (HSRs), which is somewhat ironic since Wright’s way beyond the edge design is now a historic site. The first day of presentations ended just in time for him to get some exciting shots of the angular forms in desert hues.

All of the speakers at this American Institute of Architects Historic Resources Committee event were experts in preservation, with a wide range of specialties. Aaron Betsky head of the Frank Lloyd Wright School of Architecture, showed us some unusual ways to reuse building elements. Two users of HSR’s, Brian Hogg of the University of Virginia and Royce Yeater of the Jerris Family Fund, gave the group fascinating insights into how HSR’s are perceived from the purchaser point of view. The dozen presentations were summed up by Carl Elefante’s inspirational message. 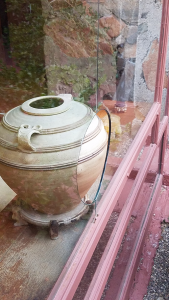 The complex is clearly loved by the staff and they shared many stories of Frank and his student Fellows, including the occasional failure. Frank’s stubborn belief in the flawlessness of his design decisions is best illustrated by the circular hole in one of the windows. Originally Taliesin West was a camp that had canvas roofs and no window glass. When his wife convinced him to install glass, Wright insisted that a pot he had set on a window sill not be moved.