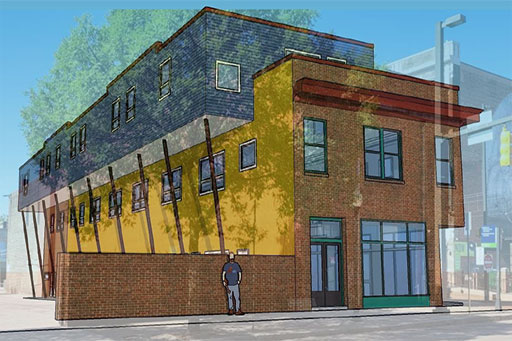 Despite a great location in the Mt. Vernon Historic District, a deteriorating, 1930’s commercial building has been boarded-up and used for storage for decades. The developer is adapting the structure to rental apartments.

Early designs included a third story addition which would add units to the property. The addition would be pushed back from the street facades to reduce its visual impact on the historic facades, and overhung the currently blank rear wall. Rear entrances to the units were to be sheltered by an overhang and separated by slanted columns. The units were a mix of ground floor level studios and two-story, two-bedroom apartments above. Final plans simplified the design to two stories. CHAP has approved the design. 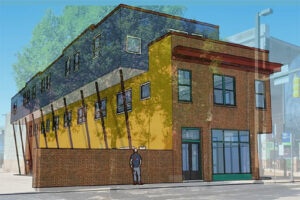 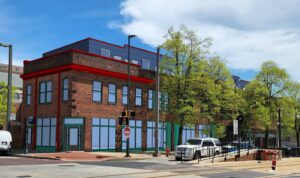 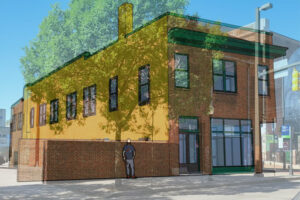 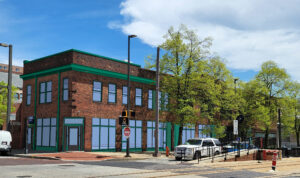 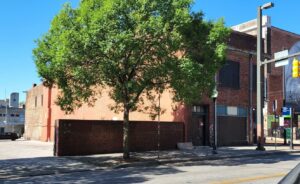 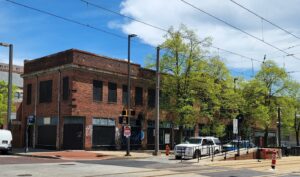