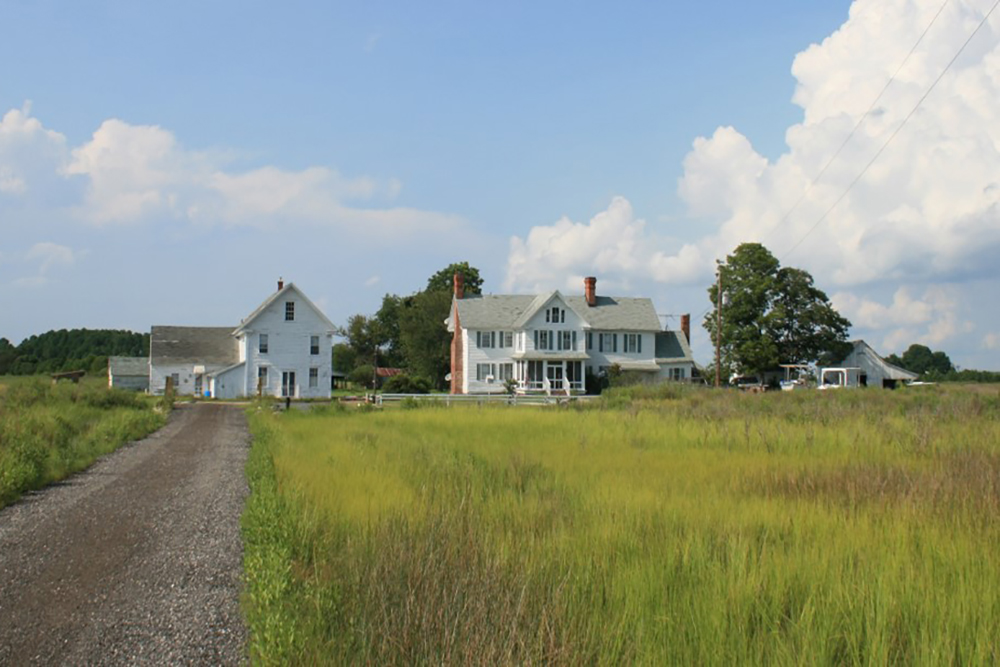 The Applegarth family has typically referred to their property as Golden Hill, whereas locals use Golden Hill for this Maryland neighborhood and Medicine Hill for the individual property. To avoid confusion,we have followed the National Register Nomination and use the moniker Medicine Hill.

The 196-acre property exists as an original land grant from the 1700’s located on the edge of the Chesapeake Bay.  The property, then entitled “Richard’s Beginning”, included a small home (left of the main building). In 1815, Dr. Robert F. Tubman purchased the property and built the primary Medicine Hill building, a prominent two-story Federal period frame plantation house located near the southern end of the “hill”, a mere five feet above mean low water levels.  The original home became his physicians office and a later, larger addition to the building housed a  post office, store, and most recently, a hunt club. The main house is surrounded by one of the most complete collections of early nineteenth century domestic and agricultural buildings in Dorchester County. It is associated with the Tubman and inter-related Applegarth families, who were prominent landowners, businessmen and state politicians during the eighteenth, nineteenth and twentieth centuries.

The property is endangered due to the rising waters of the Bay, and the Applegarths asked Encore Sustainable Architects to develop an Opportunity Study for the property in an effort to determine how the property could be preserved and perhaps adapted for reuse. The study was completed in 2019 as well as a nomination for the property to be added to the National Register of Historic Places.

Late April 2020, sustained 60-mile-an-hour winds ripped through the lower Eastern Shore of Maryland. Every roof of the farm complex of Medicine Hill was damaged, some severely. Historic Architect Ward Bucher, acting as the owner’s agent, met roofers and arranged for temporary coverings of the most damaged areas. On the same visit, the team measured a partially collapsed first floor of the historic Hunt Club building. The damage was due to poor structural design a 150 years ago and frequent inundation due to high tides.

In May, just a few days later, Baltimore was hit by the worst coastal flooding it had seen since Hurricane Isabel. Driven by the storm winds earlier in the week, the tidewater rose a foot above the first floor of the Hunt Club. Over the next weeks, Encore assisted in developing a plan for elevating this and other buildings at Medicine Hill.

Encore then worked with engineers to design a berm to surround and protect the property buildings from periodic rising waters.

In October 2022, Encore was delighted to attend a ceremony to award the property with the long anticipated addition to the National Register of Historic Places. A large crowd including many family members attended the event along with speakers including:Paul Applegarth, President of LLC and Foundation; Jay L. Newcomb, President, Dorchester County Council; and Heather Barrett, Maryland Historical Trust.  Addie C. Eckardt, Senator, State of Maryland unveiled a portrait of Senator William F. Applegarth (1842-1920) rescued from a demolished hospital, and Diana Maxwell, National Trust for Historic Preservation, shared that the property was awarded a Bartus Trew grant.  This recognition will assist in in funding and accelerating the work planned for this historic property. In December, the property was awarded a second grant through the Maryland Historic Trust, and there is hope that work may begin on the property in spring of 2023.

Medicine Hill at High Tide during the National Register Ceremony 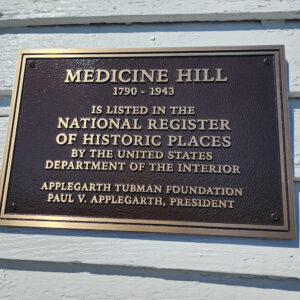 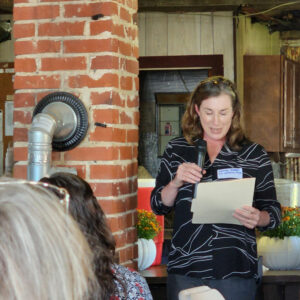 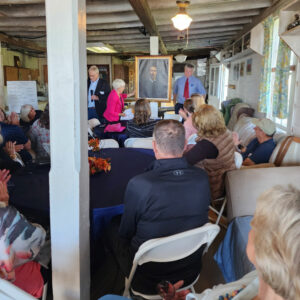 Addie C. Eckardt, Senator, State of Maryland unveils a portrait of Senator William F. Applegarth (1842-1920) saved from the demolition of a hospital. 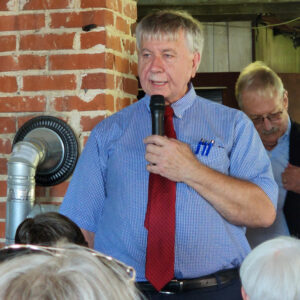 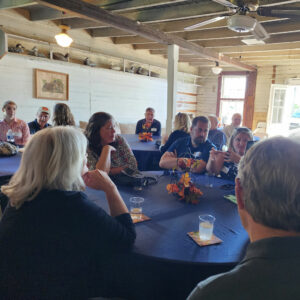 Guests at the Medicine Hill ceremony 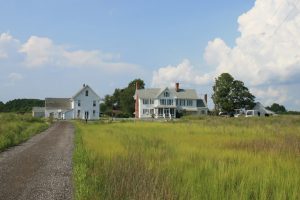 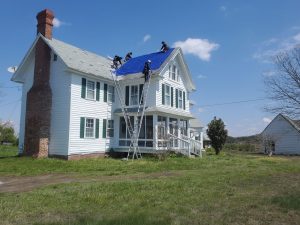 The Medicine Hill main house was built by Dr. Tubman in the Federal style around 1815. 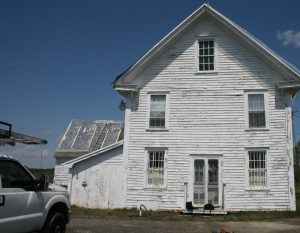 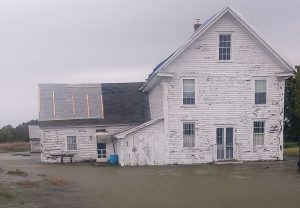 May 2020 flooding brought a foot of water into the building, now referred to as the Hunt Club. 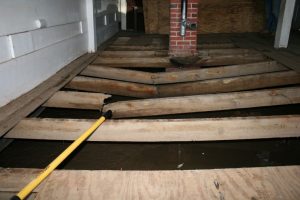 Collapsed floors in the Hunt Club are due to poor structural design a 150 years ago and high tides flooding. 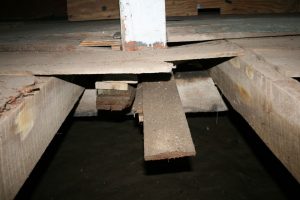 Supportive columns in the Hunt Club have no foundation. 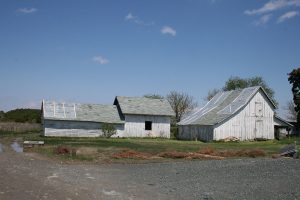 Medicine Hill outbuildings include a shed, granary and barn 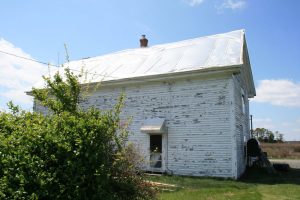 The Carriage House on the property contains the last used carriage, untouched since being abandoned.