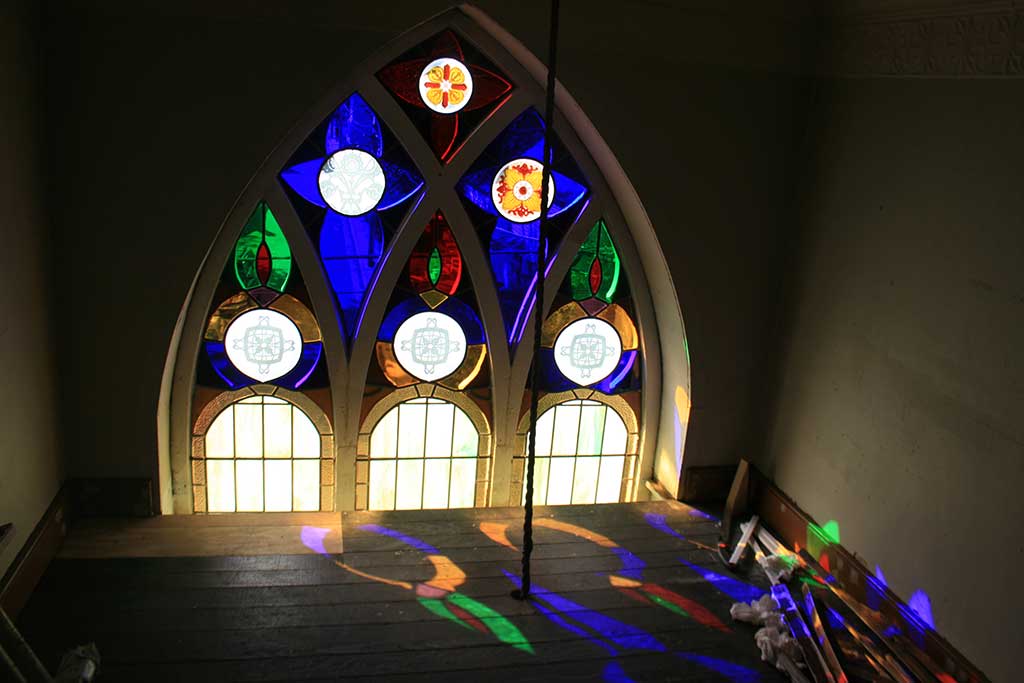 Encore began its phased work with Asbury United Methodist Church in 2013 as historic architect on this historic church preservation project. The Church, built in 1876, is a recipient of African American Heritage Preservation Grant Funds from Maryland. Each phase has the historic rehabilitation team working together to preserve, protect and enable the building and its congregation to thrive for years to come.

Phase 4: 2022’s plans involve structural work on the underpinning of the tower, new steps with lower risers for the elderly, and new brick pavers between the front of the church and the sidewalk.

Phase 3: 2021 marked the joyful completion of the repair to the collapsing first floor, the expansion and renovation of the community kitchen and fellowship space, and the addition of handicap accessible facilities and new mechanical systems.

The Church is rich in cultural history.  Asbury was organized in 1836 as both a white and black congregation. By the late 1840’s there was a movement to separate black and white members and in 1844 there was a plat deeded for the colored church. The first house of worship was a wood frame structure used until the present brick structure was constructed in 1876. Asbury has served the community in various ways; as a temporary high school classroom for African American students in the 1930’s and now as a community center for the historically black enclave known as “The Hill” located within the Easton National Register District. The property’s historical and cultural significance, specifically its importance to the African American experience, has led it to be designated as Site #33 on Maryland’s Underground Railroad and Network to Freedom Sites and Stories.

In addition to its cultural significance Asbury also has significant architectural value as it is the oldest African American church structure in the 300 year old Town of Easton and the second oldest African American church structure in Talbot County. The building is a Gothic Revival, two-story, forward centered steeple, brick church structure. This rectangular structure has an architecturally significant bell tower with a lattice belfry and a pyramidal roof with flaring eaves. The bell tower features a Henry McShane Bell produced in 1897 (the Henry McShane Bell Foundry is one of seven bell foundries still producing bells in the country).

“Very professional, knowledgeable, resourceful, dependable and outstanding customer service. When ever we have a question or concern their response is timely and with patience. We could not have hired a better company.” 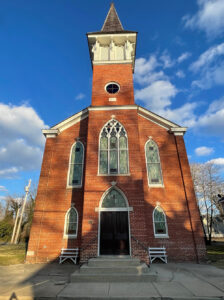 Historic preservation and restoration efforts from top to bottom on Asbury Church in Easton, MD. 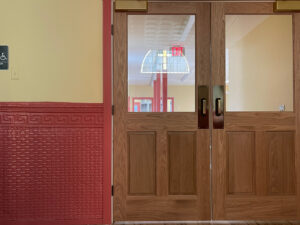 New stained glass is reflected from the front doors to the new fellowship hall doors - the cross aligning with a structural column. 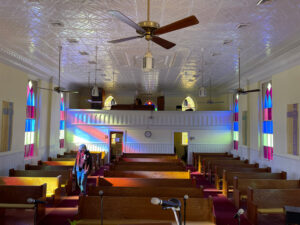 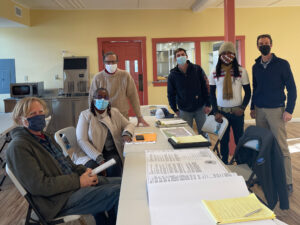 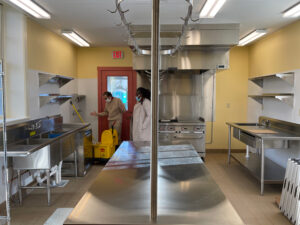 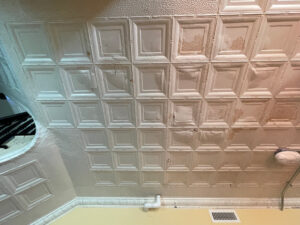 Next: The tin ceiling in the stairwell will be replaced and repaired. 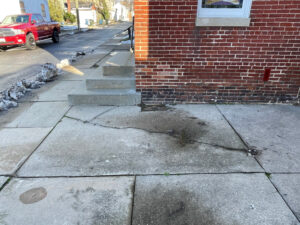 In 2022, new granite steps and brick pavers will combine with a new city sidewalk at the front entrance. 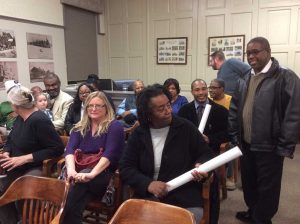 Community meetings were held about the historic church preservation. 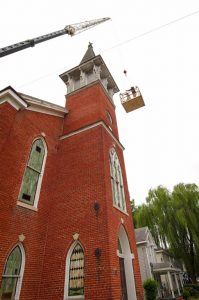 Architectural and historic documentation of the Asbury United Methodist Church was conducted from head to toe. 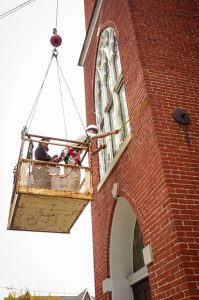 Encore's Ward Bucher took measurements of Asbury's steeple to advise for its repair. 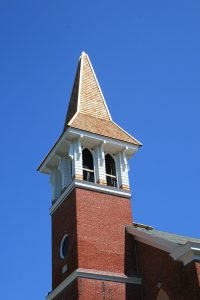 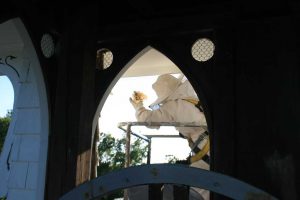 At one point, beekeepers were called in to remove live bee honeycomb from the belfry before work could be conducted. 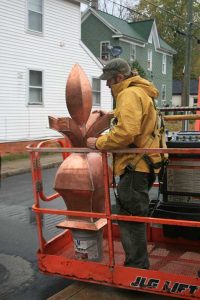 The new finial arrived to be installed on top of Asbury's steeple. 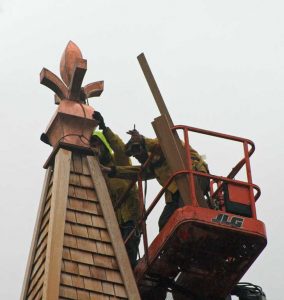 The team carefully placed the new finial on the steeple. 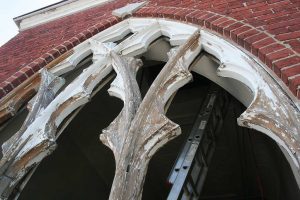 The Gothic stained-glass window before the historic church restoration. 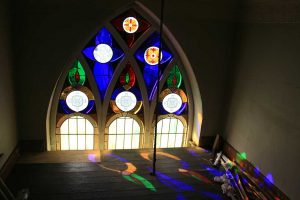