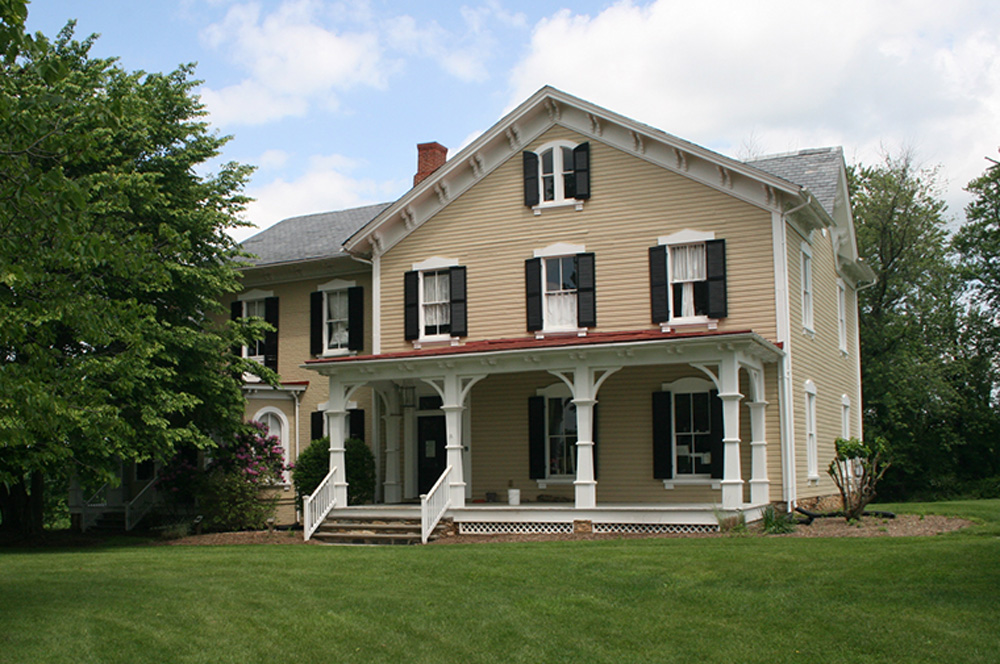 The Waters House in Germantown, Maryland is a special park owned and operated by Montgomery Parks. Originally a 200 acre property named Pleasant Fields, the Waters House was constructed for Basil Waters in the 1790s.  The property grew to 656 acres and was passed down from generation to generation. Over the years, multiple additions were added to the house as families grew and changed.

At the turn of the 20th century, Charles Clark Waters raised and bred standard-bred horses on the property.  This included a record setting trotter, Kinster.  In the 1910s, the family transitioned their business from horses to automobiles, but unfortunately fell victim to the Depression. Much of the property was sold to pay debts.  Portions of the farm acreage then passed to several owners until the remaining 3.9 acre property we know of today was deeded to the Maryland-National Capital Park and Planning Commission.

The Waters House, ironically, was experiencing water damage and rot from roof problems and downspouts dumping water on the ground leading to regular flooding of the basement.  Encore Sustainable Architects was engaged to review and repair the historic slate roof and structural problems. Encore conducted a drone survey with specialist Terry Kilby of roof damage to examine and produce 3D imaging of slate shingles, chimney flashing, and roof line transitions between additions.  These images were used to create orthomosaics, or geometrically correct aerial images composed of many individual still images that are stitched together. Encore then created illustrations of individual roof sections to identify the exact location of repairs and replacements. In addition, Encore also designed and planned a new system to divert storm water away from the structure via a system of underground pipes. Engineers at MCC 1200 have designed the structural repairs. 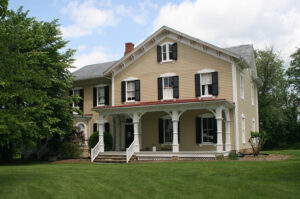 In this front exterior shot of the building, roof damage is apparent on the top right section of the roof. 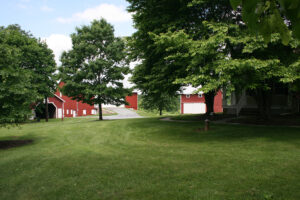 Outbuildings, many used during the time the property bred horses 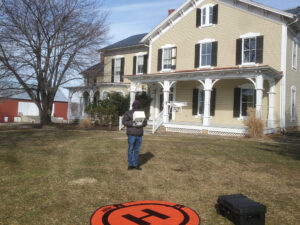 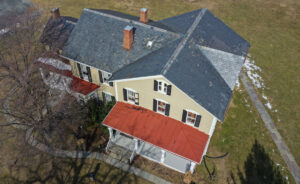 A drone image of the extensive slate roof damage 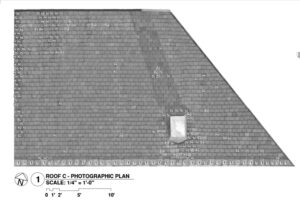